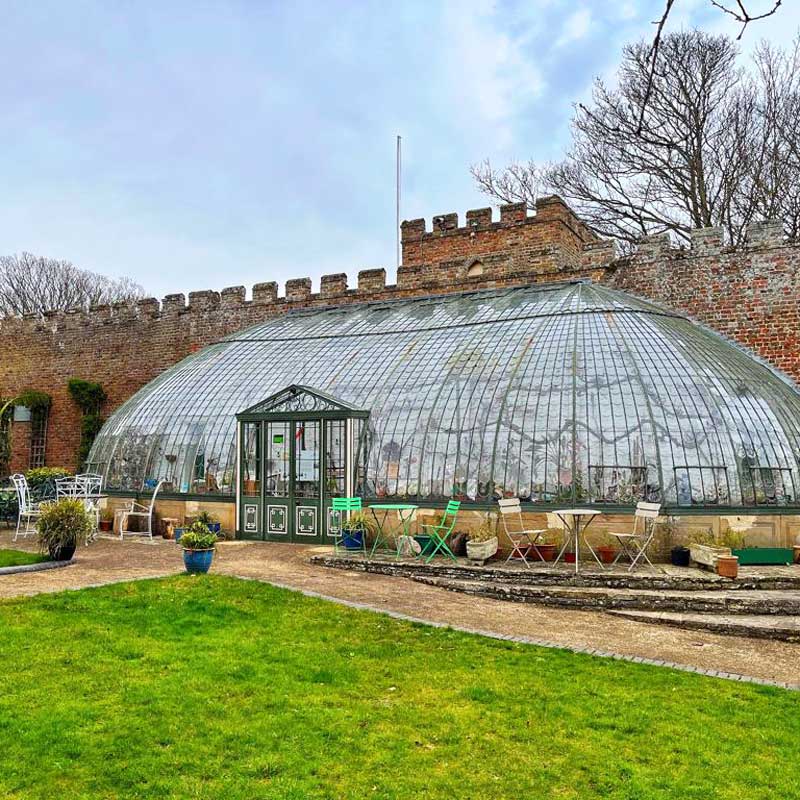 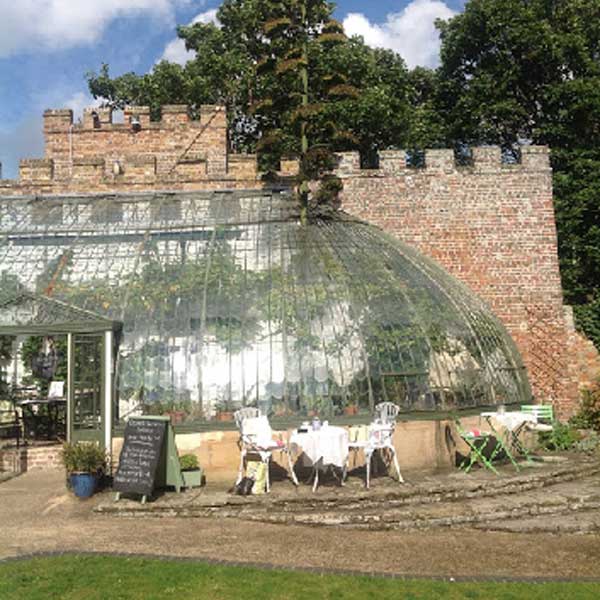 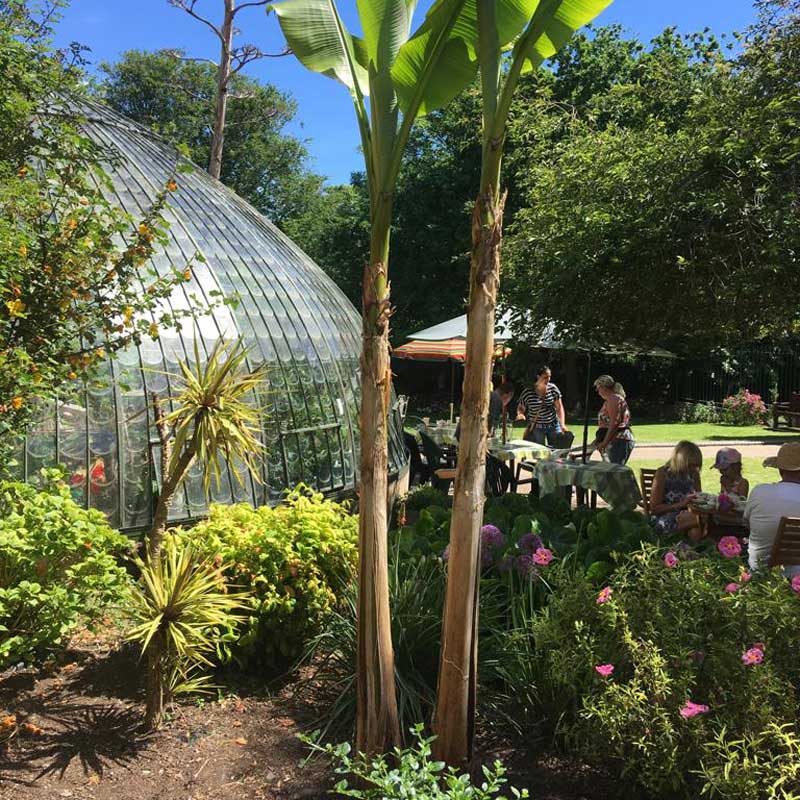 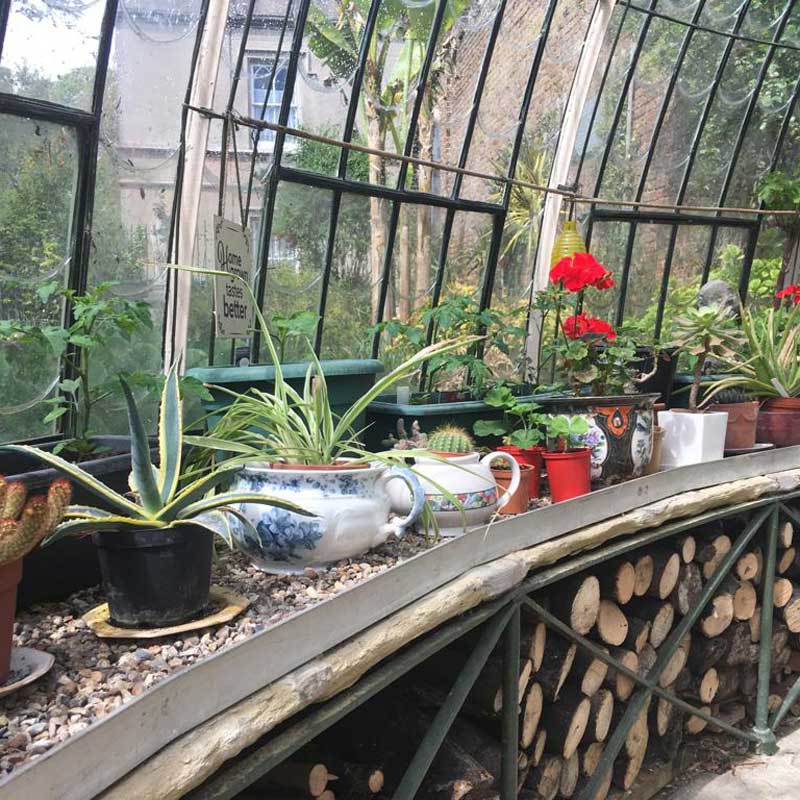 This ethereal-looking curved structure dates from the early 19th Century. A Grade II* listed building the greenhouse resembles the designs of Sir George Mackenzie of Edinburgh and John Claudius Louden, the famous gardening expert of the period, whose pioneering works were amongst the first to see the importance of curved greenhouses as a means of achieving maximum light.

Recent research has revealed that the greenhouse was originally situated in the grounds of Bretton Hall in Yorkshire. In 1832 after seeing it for sale in an auction catalogue, Sir Moses purchased it, had it dismantled, transported and re-erected in his Estate grounds.

Roman numerals which are etched on the York stone that forms the walkway and shelving were used as a guide to enable the greenhouse to be re-assembled. Constructed of cast iron curving ribs and brass/alloy bars, the greenhouse is covered with fish scale glass panes, which become smaller towards the top. The structure is supported on cast iron columns. Vines grow both in and outside of the greenhouse. 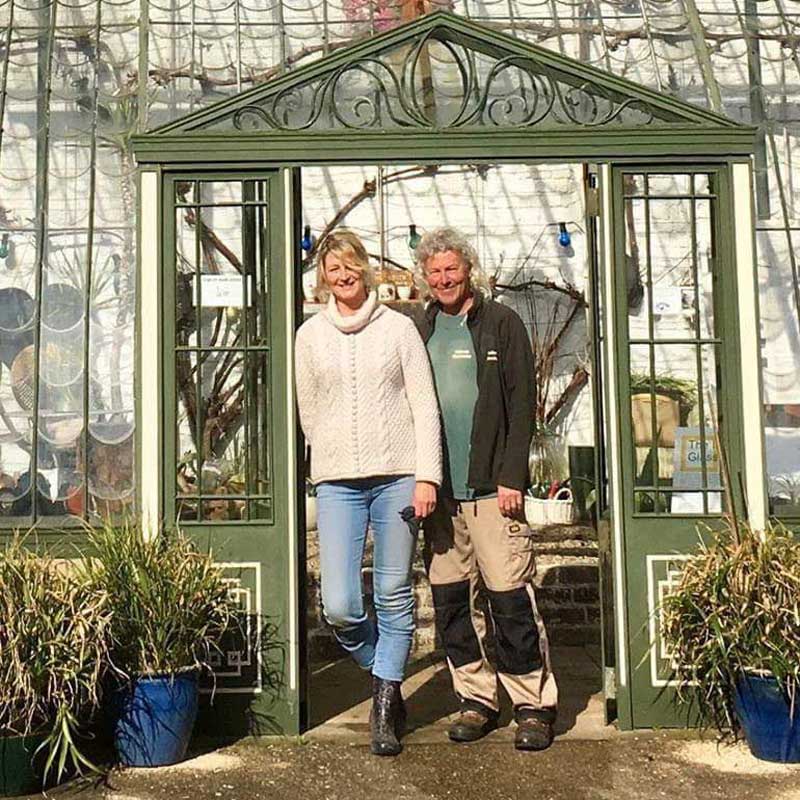 Open during the summer months on fine weather days, the garden offers a tranquil and relaxing setting to enjoy a refreshing cup of tea, delicious home made cakes or a scrumptious cream tea.

We serve sandwich and panini lunches from 12 noon to 2.30.pm. Afternoon tea is also available. For Afternoon Tea a minimum of 48 hours notice is required and a small deposit will secure your booking.

Proceeds from the tea garden help contribute towards the upkeep of the greenhouse. 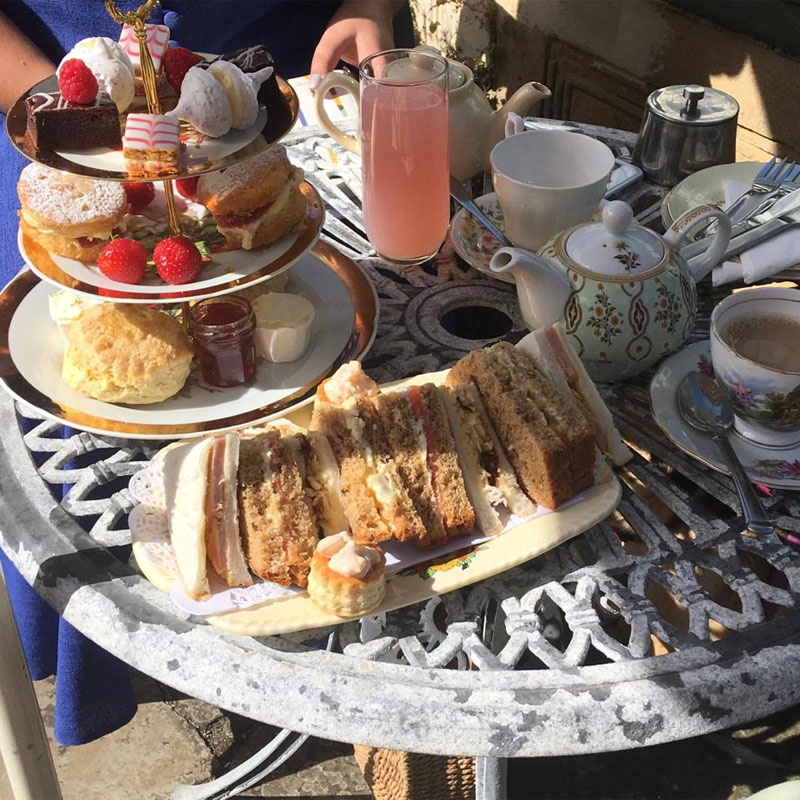 We have now closed the glasshouse and tea garden for this year.. Thank you to our visitors for your support this summer. We look forward to seeing you again next year. 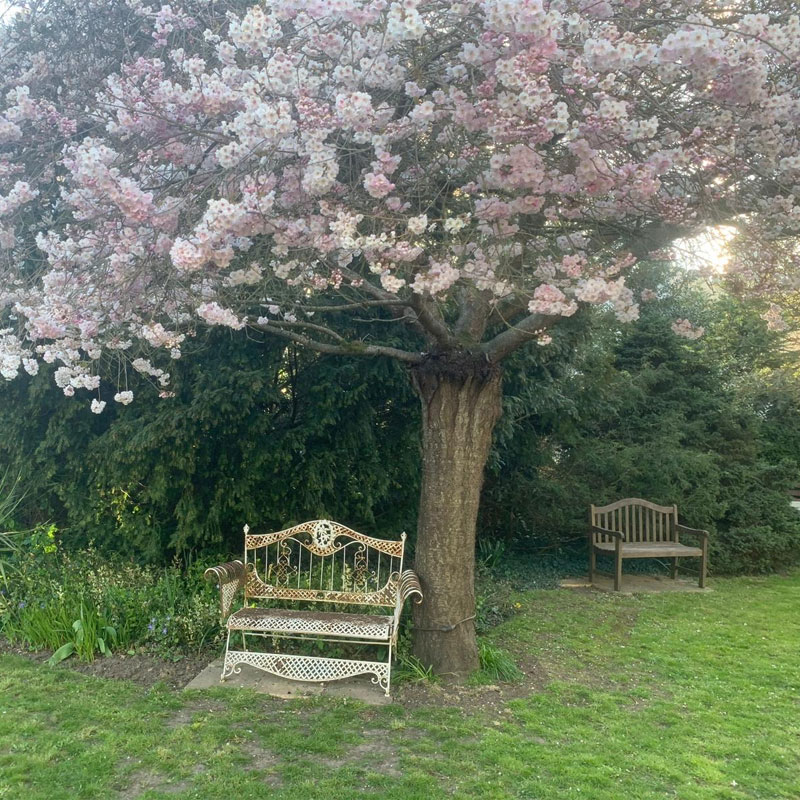 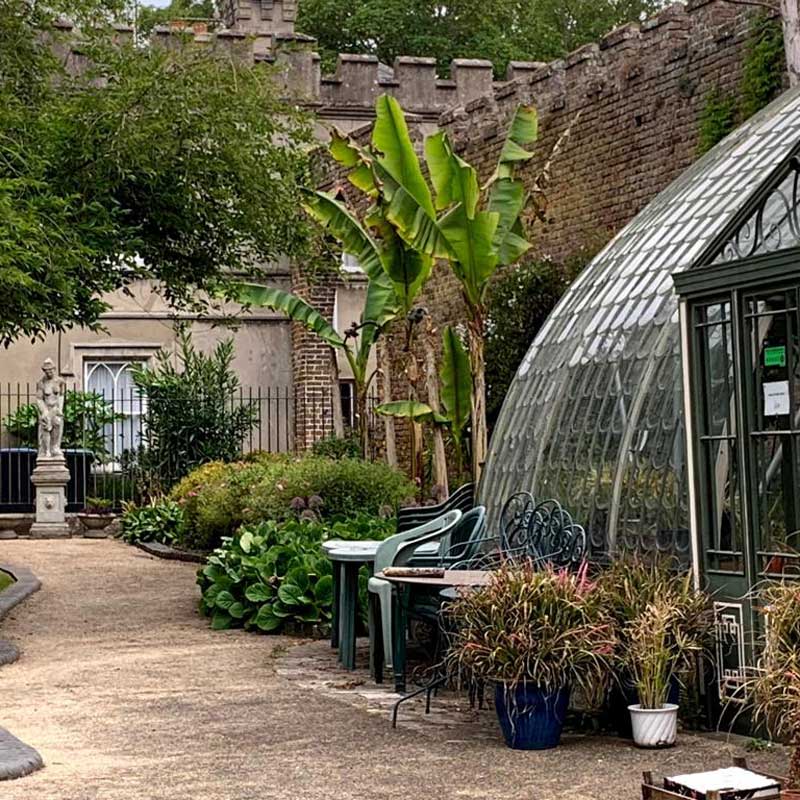 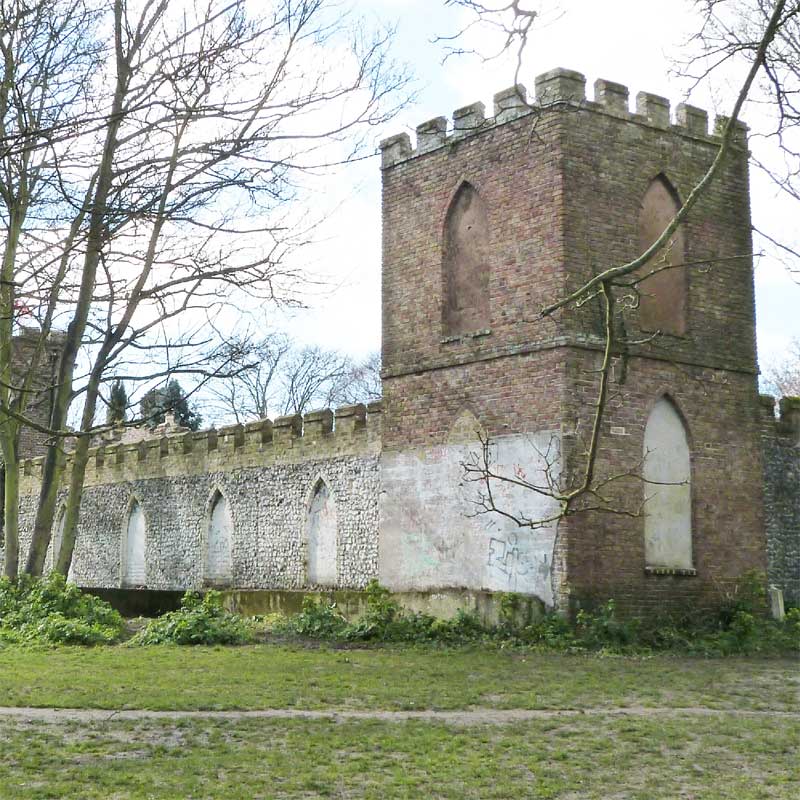 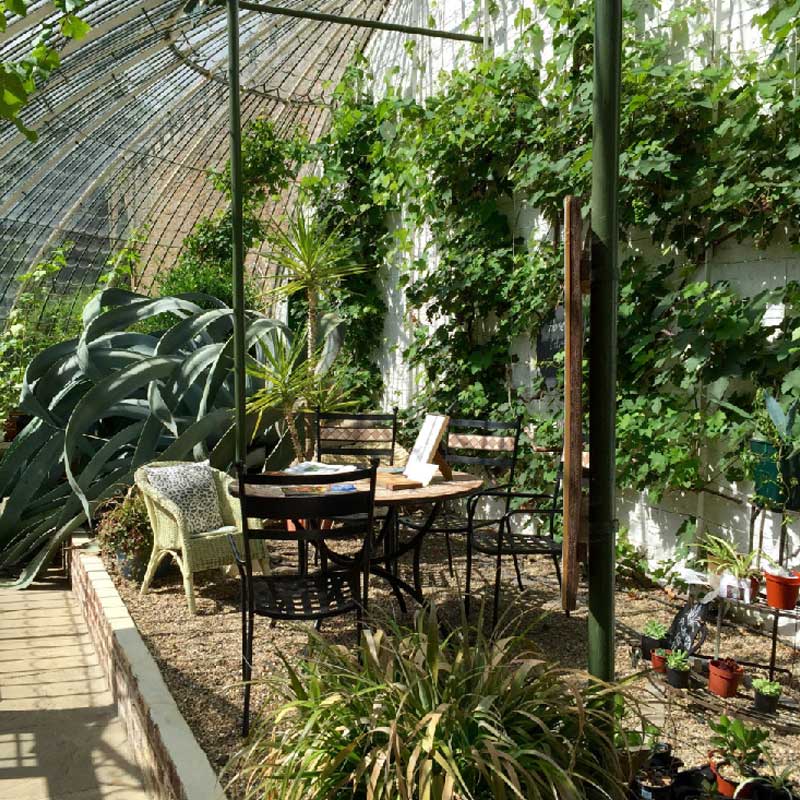 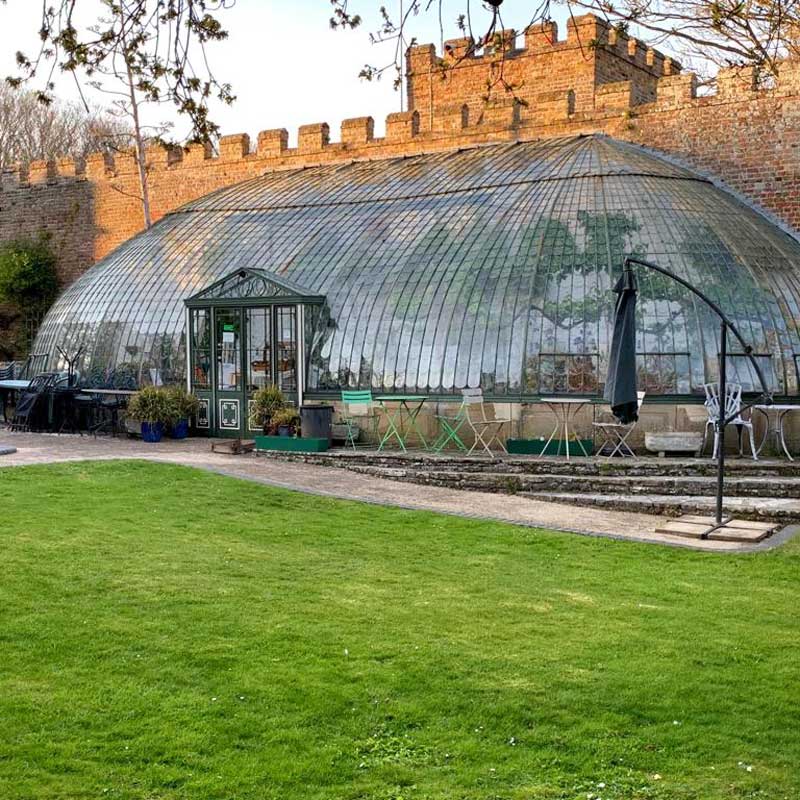 How To Get Here